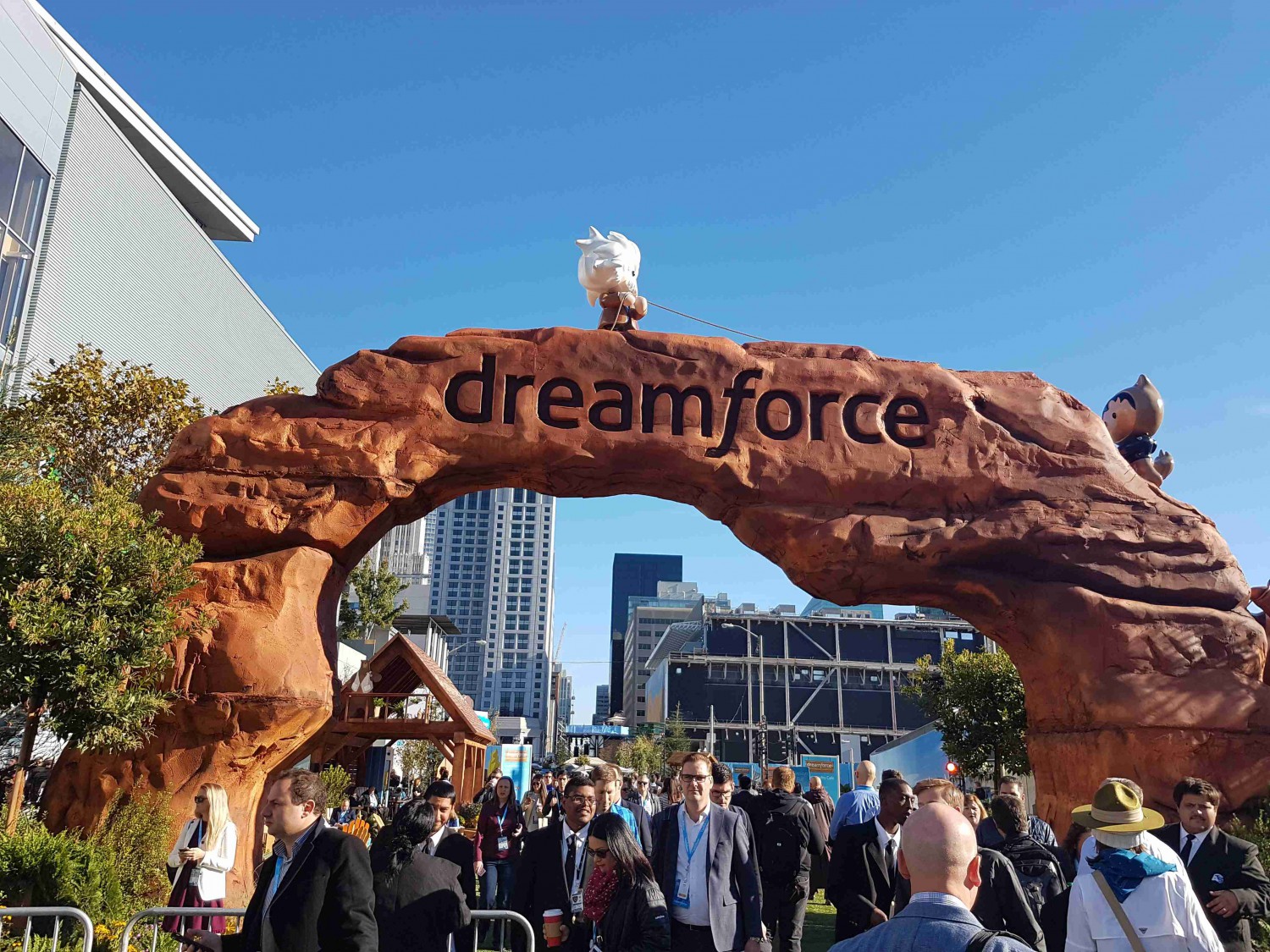 Wow, what a whirlwind week!

I heard Dreamforce was a big event but the sheer size and scale of it simply blew my mind. With over 170,000 attendees, one would expect chaos and disorganisation. However, nothing could be further from the truth. From the smooth registration process to easily navigating between each event location, everything ran like a well-oiled machine.

Here's a short video highlighting some of the exciting moments from this amazing event.

So what was the key message from the event - The Fourth Industrial Revolution is here!

What does this mean and heck, what were the first three revolutions?

Klaus Schwab, in his book The Fourth Industrial Revolution, describes it as the following: “It began at the turn of this century and builds on the digital revolution. It is characterized by a much more ubiquitous and mobile Internet, by smaller and more powerful sensors that have become cheaper, and by artificial intelligence (AI) and machine learning.” 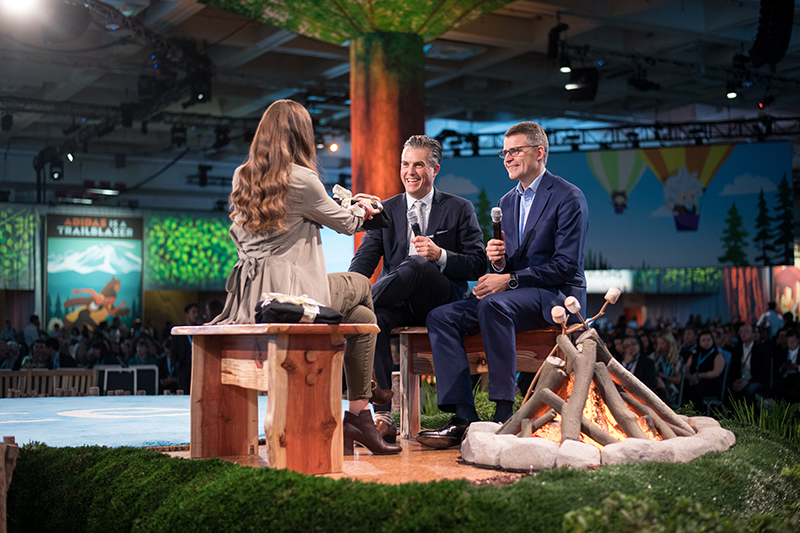 In his keynote, Mark Benioff, CEO of Salesforce, described his and Salesforce’s vision for this Fourth Revolution. As technologies improve, it’s imperative that companies deliver "smarter, more personalized digital experiences that place the customer at the centre of their business."

Salesforce goal is to allow for better, faster connections with customers through technology. This was emphasised by showcasing 3 flagship customer demos from Adidas, T-Mobile and 21st Century Fox

Einstein & Artificial Intelligence (AI) is at the heart of this revolution.

If you didn’t know already, Einstein is being incorporated into every element of Salesforce. It's abundantly clear that Salesforce is doubling down on AI.

From the outset, we were introduced to a number of new and existing tools and feature-sets including MyEinstein, Einstein Analytics, Einstein Discovery, Einstein Data Insights, Einstein Prediction Builder and more.

It will be interesting to see how these tools are delivered to the market and what the pricing structure will look like, as some will be add-ons to existing Einstein licenses. For example, if you are using Sales Cloud Einstein, you will not have access to tools such as Einstein Discovery, Data Insights and Prediction Builder.

Also, there may be some confusion with customers with regards to Einstein and Einstein Analytics (formerly Wave Analytics). As Doug Henschen from ZDNet points out in his article "There were two separate keynotes at Dreamforce and there are two separate teams behind different sets of Einstein capabilities. But they are both parts of one portfolio and a continuum from descriptive and diagnostic analytics to predictive analytics and prescriptive recommendations and actions...As compelling as the coming Einstein capabilities are, the big question on the minds of many customers is "how much will it cost?".

Being Part Of The Salesforce ‘Ohana’.

Salesforce values are built on Trust, Growth, Innovation and Equity. However, 'Ohana' feels different. Part of Hawaiian culture, ʻohana' means family (in an extended sense of the term, including blood-related, adoptive or intentional). The concept emphasises that families are bound together and members must cooperate and remember one another.

This philosophy was clearly evident throughout Dreamforce. From Mark Benioff, who thanked all his employees, customers and partners, to the ever-present and happy assistants on the streets who could answer any question you could throw at them. Even before Mark’s keynote, there was a Hawaiian blessing and dance to give thanks to all trailblazers who are giving back to their communities, as well as innovating using the Salesforce platform.

The concept of Trailblazers really adds to the sense of 'Ohana'. A Trailblazer is a person from any walk of life who has the courage to be a leader, a transformer, an innovator. They can be a developer, administrator, sales leader, marketer, even CEOs. At Dreamforce, Salesforce awards these people with recognition through the coveted Gold Hoodie, as well as showcasing them up on the big screens during keynotes. What a great way to motivate and drive fellow trailblazers to achieve the same.

Salesforce's 1/1/1 model (donating 1% of Salesforce’s product, equity and employee time to help nonprofits) and philanthropic spirit was also present. There were dedicated areas for attendees to create and send special education packs to children in Puerto Rico. It is truly an amazing corporate culture and it’s hardly surprising that Salesforce has been nominated and won multiple awards for their charitable efforts.

As the saying goes ‘There's something for everyone’, and this certainly rang true at Dreamforce. With over 2,700 sessions and breakouts, it was crucial to use the Salesforce Events app to plan your daily agenda.

The only drawback was with so many great talks and sessions, it was hard to attend all the ones you wanted to. Furthermore, as sessions were located in different halls and hotels around the city, getting to them on time was difficult. For the more popular sessions, if you arrived late there was little chance of getting in. 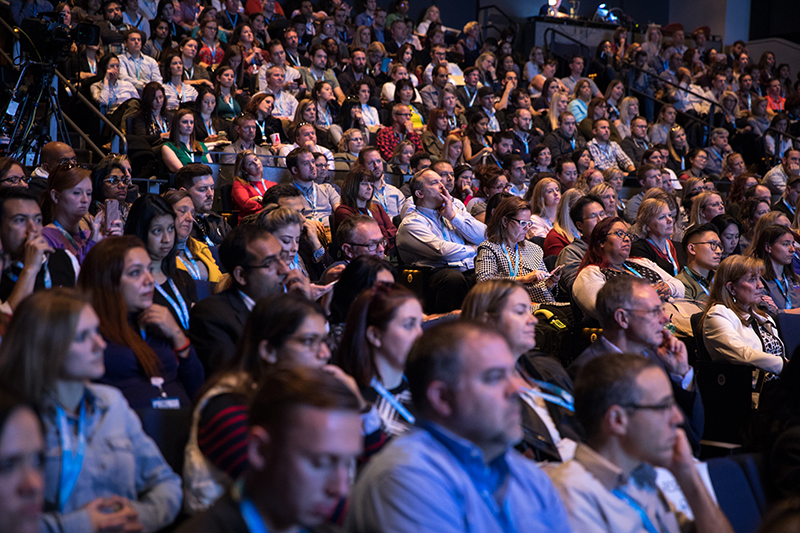 We aim to follow up this post with more detailed blogs on some of the exciting features and processes that the team saw, as well as highlighting the new features coming down the pipeline.

Another highlight was watching Mark’s fireside chat with the former First Lady Michelle Obama. Michelle spoke eloquently about the challenges facing America and the World today, as well as her new life outside of the White House.

Trailhead - Learning for everyone.

Trailhead also plays a crucial role in the Salesforce ecosystem. With the new MyTrailhead playground, customers can create their own branded Trailhead environment, as well as create unique, customised trailhead mixes and badges. MyTrailhead aims to help companies empower, motivate and improve the skills of their employees.

The Trailhead zone, at Moscone West, was a hive of activity with attendees earning badges, children learning to code and users taking Salesforce certification exams.

Looking after their own.

Although attending Dreamforce isn’t cheap, it’s fair to say that Salesforce knows how to put on a show. 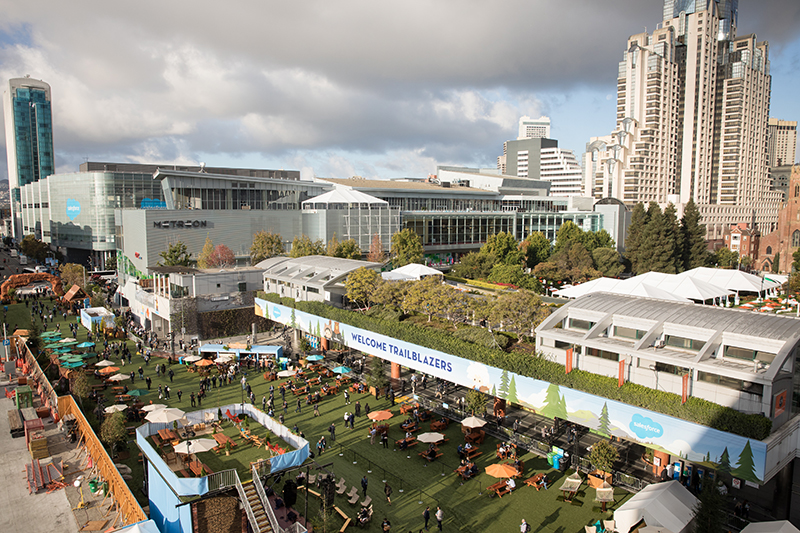 A brilliant week was had by all the team. There was plenty of opportunities to meet with customers, as well as network with new people at multiple events and parties.

It was also great to visit San Francisco again, however, in my opinion, it is a city of contrasts. Although it is one of the most expensive cities to live in, with a lot of wealth on show, there's also a lot of poverty and homelessness, especially in the downtown area. That said, it is a beautiful city with tons of great restaurants and bars and I can't wait to visit again someday soon. 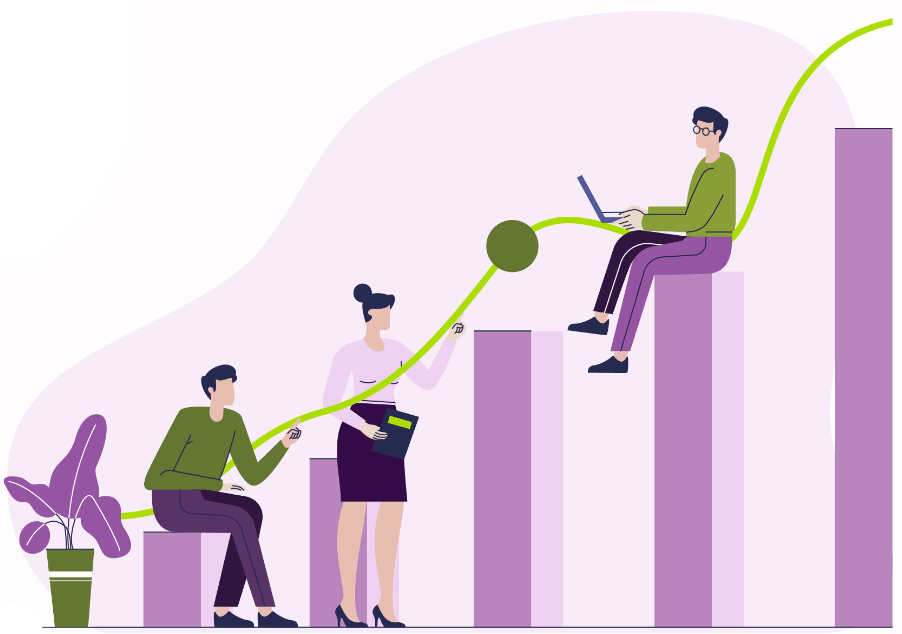